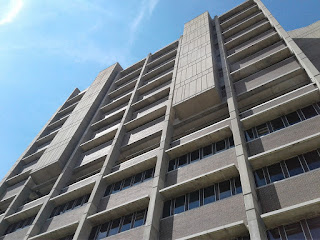 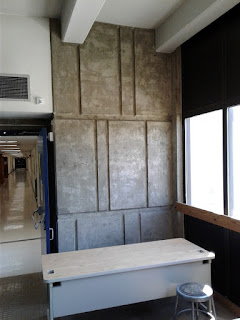 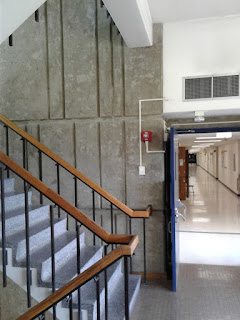 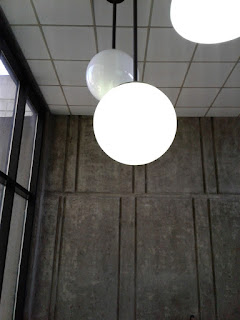 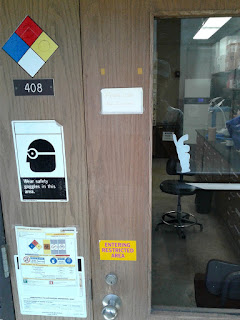 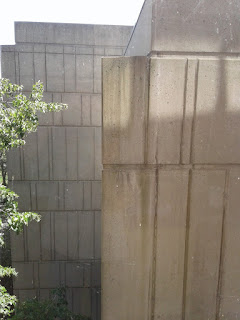 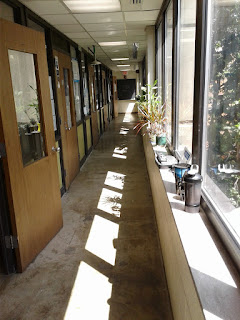 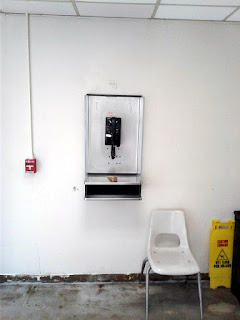 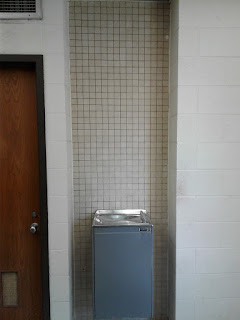 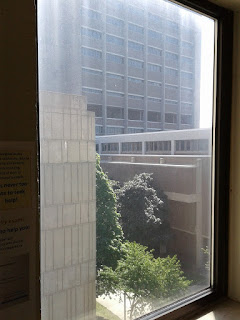 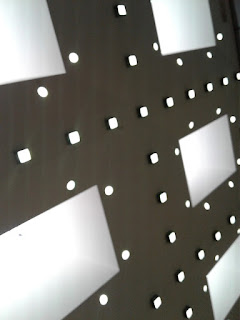 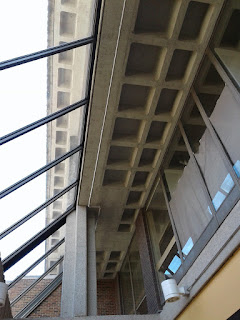 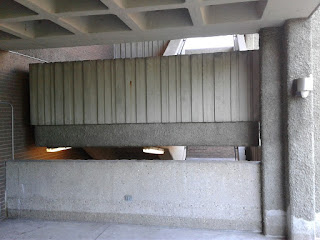 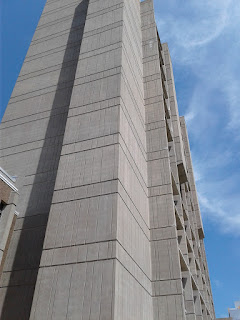 Please be patient with this 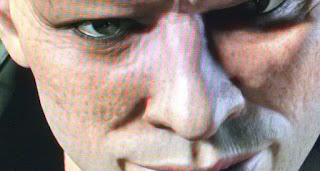 I almost called you this afternoon but realized you were at MPS. Was reflecting (yes already at it only moments after turning in grades) about the bits of news I hear from you and feel the impulse to make observations about it, but certainly do not want to come across disrespectfully. Is it ever appropriate for the youngers to challenge the elders?

With much respect, nevertheless, I would like to charge ahead and challenge you to have a look at some of your local helping activities and what everyone is getting out of them. I do not claim to have anything like a comprehensive picture. My ears only prick up at what you tell me sometimes. You can guess: I see coarse and self-satisfied individuals taking advantage of my beautiful, big-hearted aunt. Then it goes beyond that into worrying if your methods are sufficiently tweaked for our confusing, desperate and litigious times. For example, schoolmasters used to be able to corporally punish with impunity. Now the lightest slap of a hand could end up on the evening news. So when you've mentioned a couple of times about your own light ministrations of bracing physicality-- with Reptily and Peg in particular-- I feel anxious. Just wondering if you might be wading too deep in territory that seems familiar but which could be boggy.

The last thing is all of those letters! Can't help thinking "She's working free for that big, rich temple and that ungrateful deity and chukking volca for an able-bodied person younger (even!) than myself. Doesn't she know how much we need a definitive edition of all her writings to date, and so especially much more than all the shiv bowls in the world to be filled?"

Would you pray about above please? I shall do the same.

Alright, I've done it. Now it occurs to me to offer to help with the letters-- lots of free time this summer. It could be just between us if you like.

Love, Connie
College of Cement correspondence
by cap'm at 12:21 AM 0 comments

For each medication, a signature facial expression

eyes rolly from
action fashion
dreams where
i spied and

pleated, won
they put my
heart in a tiny
box where it

Croak as in frog

is that the first
bird or latenight
chirping piss

i hear one side
of the fold or
the othern

do not put
me on my
back, i shall

croak as in
frog, lay as
a fog lays 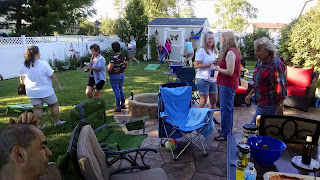 On July 4 weekend I was the houseparent and one of the rich kids stood on the porch with her round ginger face looking in through the picture window with a sparkler crackling in each fist, and I decided to remember that as a mental snapshot forever. During the “Rock Around the Dock” event, she and a boy were the only ones not splashing and swimming. She just held onto a post and let the boy be inappropriate with her underwater, for which they got caught.

When you get caught at something you have to appear before the whole-school council in the big room with the sliding glass doors. There are kleenex boxes everywhere for crying. It’s encouraged that you act out your feelings for the group. Say a manager is upset. She stands up and starts crying, maybe stomps her feet. There is a box of kleenex on the chair next to her. The school director might point at it and suggest, “Throw the kleenex box, Roshanna. Throw the kleenex box.”

Sparkler girl had to kick herself “off campus” as a consequence for fucking in the swamp. Going off campus until you earned your way back on just meant that you moved into some faculty’s cinder block studio apartment. One huge new faculty, an ex-pro baller, showed up in a navy Impala with a spray of bullet holes all along both driver-side doors. Sparkler girl stayed in his room, but then he got fired-fired when she tested pregnant.

The most handsome faculty was a guy with a dull affect and an attractive, penis-like face. He chose the most handsome boy, blond with a dull affect like his own, for special visits in his room. He never got fired as far as I know. Everyone was so stunned by their handsomeness it seemed right that they would steal themselves away and be intimate with respect for their skinny blond privacy.

Getting fired can mean either you are fired-fired or more often just kicked “off campus.” Except you already live on campus, so instead they just stop paying you until you earn your way back unfired. I wanted to be a team player, so I fired myself for drinking a six-pack of wine coolers and driving over the median out on the main highway.

I could still participate in events. On the next “Rock Around the Dock” day I watched Sparkler girl get run over by an outboard. Why always her? She was so engaged in life. I was the one to call for help from the boathouse phone, but I did not get unfired for that. At the hospital I could see she had a big chunk out of her leg from the boat propeller. I asked the nurse if she could have a Valium but actually wanted one for me. Even when I waited all day and drove her back with her bandages, and it was a big homecoming, I still did not get unfired. I sat in the wood paneled gathering room of the girls dorm waiting for our meeting where clumps of faculty and rich kids would sit petting and cooing. We would probably talk about how somebody didn’t take responsibility and cop to their attitude. I was the most arrogant faculty, for example.

The quietest faculty, who just wanted to get paid and not make waves, and I took a big aluminum canoe to check out Bird Island. It stank and was covered with white heron and their white amoniacal shit splatters. It was like a white-frosted green cake with white flamingo pins sticking out all over it. Then we paddled over to the Swamp Tree Forest and floated along a channel of clear water like a ride at Disney. There was a high-pitched beeping, and then little bulging eyes. Baby alligators stared at us among popping water bubbles, floating on wood, in nests of dry moss. We decided to get out of there. I let the silent faculty paddle me quietly and looked at his back thinking I wish he could be my brother, plus sex.

That night the loudest faculty came into my cinder block room for tea. In the group meeting he had already thrown a huge temper tantrum, which was appropriate, so he was still getting paid. He was so passionate about everything. He started getting more and more physical and actually popped a couple buttons on my shirt. That shocked both of us enough that he went back down the hall to his studio. Everyone assumed he was gay.

We drove the students in our personal vehicles to Ft. Lauderdale. The other drivers noted that I had not been driving long, that it was not yet second nature to me. I agreed. Later sinking to my ankles at the length of 4-5 station wagons out into the waves, I looked up and down the long white beach, and I was the only one in the water. I had been watching with fascination a disturbance half a city block out to sea. It started as an inflatable raft flapping its borders, but it soon became a giant manta ray thrashing with a shark the size of a Karmann Ghia.

And now all the students and staff were standing on the beach waving and pointing and screaming, and they were looking at me. What they were pointing at was a fin in the water coming towards me. I ran in slow motion through the thigh-deep waves toward the faculty and rich kids. They cheered me on, and I was the focus of attention after that all day. The shark had to make a U-turn back into what you can only assume to be the profound blue chaos of nature. The manta washed onto the beach white belly up, pee hole gaping, with a jagged, bloody crescent missing from the wing.

Back on campus I asked for a pro re nata of Valium. I had to go to the dutch doors where they kept the meds and ask every time. Even after I'd let the Tuesday med doc hug me and cradle my feet while chatting, even with the script he gave me, they would not give out whole bottles of meds to rich kids or staff either. You had to go and ask, and the med dispenser on duty would try and coo and pet you to distraction. You would have to insist on the meds and squirm away modestly.

Soon that got very tired and I couldn’t get paid. I was so young that I thought they would budge by threat of a lawyer. It was easy to assume that not being paid would mean that I could not come up with an attorney. The lady who had told Roshanna to throw the kleenex box told me that I should probably leave in the middle of the night so as not to upset the rich kids.

The fattest faculty taught me how to peel avocados. Her attitude was that it was a huge favor to let someone in on something everyone else already knows. She reminded me that I was only a few years older than our students. After a weekend in Orlando drinking wine coolers and dancing in the bars on Orange Blossom Trail, I cleared out of the cinder block studio, found Interstate 10 and drove it all the way to Los Angeles. I was the fastest car on the highway except for Annie Lennox , who happened to pass me in her Targa crossing the Mojave. She actually managed to shoot me an inappropriate glance through all that glass.

Spotted you out in the CCC parking lot this afternoon snapping clouds with your long-ass lenses and your convertible looking cool.

Your story: world is divided into following classifications: annoying, agitating, exasperating, and upsetting.

Yet there you were maybe grooving or maybe gathering evidence.

now freeze dried forever, a residual
fanciness, snide or glassy earnest,
not flannel or denim in that sense.