Because Kevin Reynolds experienced the miserable smoking child cardiologist as a deity, he overcompensated its malice with allowances, which were tithes. The meat divinity could slip along the gums of the spa mouth, a critical tongue clucking a roller-coasting ticker tape of praise and affront, while Kevin stood locked and branked in one spot twixt therapeutic jets and offered up a stance which looked relaxed (on a commercial for a 900 number or a mustang ranch).

Kevin looked like a statue in a grease fountain lamp, with stray dog hair, hanging on a chain. Stitching through conversation and anaesthesia, the skin-masked and sterile stethoscope imp had trapped him in a crib of adoration and scorn. The bars were taut suture wire, twisted like candy canes or stripers on poles, down which the serum ran in dizzying regular spiraling drips. A suffering physician took Kevin Reynolds's needful swell under advisement with the assumed entitlement of a faith healer rigging a magic trick or something you could plug into a cigarette lighter.

When he awoke afloat in four-hundred-thread-count sheets, the message indicator on the telephone flashed like a red lighthouse beacon. There was pea seed in his hair, and the oracle was still ignited, drumming out that morning’s urgent crisis. There seemed to be no air, just a tobacco-y sealant which even caught the future and held it still. The Other Presence had left this disco-cabana world reemed and vacant as a church. Kevin Reynolds was once again a gentleman alone in society, but his manhood was broken in two.

Sated but still licking at shivplate from a round, girlish stone after the fact, horizontal poolside in a white rubber chaise, it's easy to call: Fool's Blessing, Chump's Paradise. After a 16-ladder climb up to the corner shade cave, it better be good, and it better be bad. I had to apologize to the valet-wench when the tip of my hard Italian duffel chipped the "bronze" trunk of a sentinel gomphotherium, stuck obnoxiously there in eternal trumpeting siege too near the beads like a high-security hole sniffer. Then appeared the living creatures.

It hadn't been three steps after checking in when I spotted it across the water, between doric plaster columns among a copse of senatorial nudists with towels, hunched over its tray of ashes. The chest was sunken, and the face was drawn of limits that all spelled bitterness and spite. It could have been so posed at a maiden's breast on a canopy bed, having sucked all the life with her breath, yet still wheezing for truth and light and sympathy. Its toenails bit into the cement. It watched me.

Later that night, I stepped out of my room for a jacuzzi. There was something glowing blue at its lip. Some bodies pose naked because they cook with religion, and he was a doctor of carnal gospel. To take the waters and behold him was to sit in bubbles of pornographic faerie children. His blue light and severed heads, caught in their fright and wonderment, dangled from every nipple, hypnotized all moral superiority. His youth and self-regard, krishna art and wicca, made that night the start of my final auspicious shakedown and battery.
by cap'm at 12:51 AM 0 comments

bunched up in my groin,
I wrote these verses

on an envelope
with a broken dick,

and to repair it
will cost me an inch.

The ban on grafts is
a way to maintain

We must appear to
be daft: writhing in

One feeding cycle to the next, doesn't the species try to breed against you? How can its archetypal memory not spell out, "We are meat," and that there is horror in swine, goat or cow? One could develop a bad taste, or wings, or rather, one did. It tilts before you, leans on a fingery rat-color feather, beaten as straw, as a cane. Your neck must crane to let its eyes' receeded glow cast their moon tricks across your face. That bedevilment, tragic waste, towering mhegamolith? In flocks, they wr once proud. It is time to cash, to nobilize, to seal with plates and electrodes. By the time
they get to this state, one cd knock them over with a bulldozer.

I couldn't let you seed another void across my entrails.

Each time that we meet, another desperate incantation:

As Mthyuh churns up her bones, I see your flesh in stop motion,

Breaking up under life's radiation, which is no bigot

Toward styles of bright searing light, or whatever it is you got.

The World Once Resisted 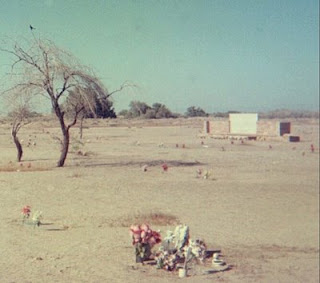 The world of numbers is only a hideous grease through which we dragged our thongs and lay.
Now that the lie of time has made us acrobats, taking charge of space and raising kids is easy.
Bonded in disfigurement, every zygote knows its trail, forward and back; it's a rutted trajectory.
Rubbing on stones or any kind of friction can make us wistful, reimagining a world that resisted.
by cap'm at 10:01 PM 1 comments 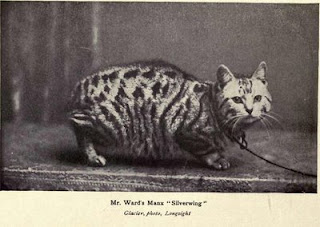 Today I hosed off the front porch in some very skimpy trunks and thongs, nada mas. This was to send a signal to all the wives driving by in SUV's with big sunglasses, sellulars and Slurpees that indeed, there is a fit and permanently sangle hottie in the hood. I would love to tangle with one of those minxes. It would be fun to catfight with their ladies as well. What else will we decadent cement executives do in a worl wair we can't get serious about grafting? I'll read it to you square: give me my rights back now or your husband is mine.

I want all the tiny boats to make a suds and lift me into
Sucking range of a big-lipid party wagon called Cynthia;
She make my worl rock like a hagwon on the Tower o' Babel.

I want prissy angels with Vicodan surrounding me till then;
Even to meet God, I think I'd be in drag just in case he straight;
Get me a styrofoam box for all this sheea foe it too damn late.
by cap'm at 11:28 PM 1 comments

In Spite of your Religion 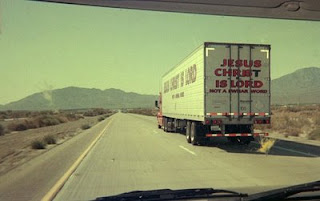 in spite of your religion, free radicals show the peace sign;
no matter what you say, my bitch got the soffess hairy butthole;
including discounts for malaise, nobody cheaper than this ass heeyah;
even if today a calendar day, we off menses for gentses, baybee;
whenever you want to cleeyah, focus on the natural way, padre;
if you don't want to create, let's negotiate a state wair you pay, Jack;
Cuz in the sack yo funny bone don't drive me home less I blind.
by cap'm at 10:55 PM 1 comments

On behalf of da Chang K. Chang Chank Tank Chain Gang Grain Bank, we grant you passage through R Bowel. U have bled yor Ked's in da bed for some bread and accepted a towelette, Jim. Now it's time to liven up to yor debt an swim. 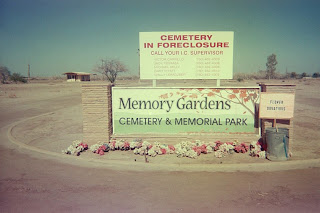 It sat in siege and stared across a beige and smooth-as-fungus plain. Like a Tropic of Ombligo, you couldn't rilly tell in or out. This was a consciousness in a petri-disposal bin who'd wriggled thru a Crack. Light from a microscopic phosphorus fire temporarily daylit the toxicity.

Minds of K's are cultured and ferment in avian jetsam that's dirty and fecund. They Know before they are even a cell. Their smells had already been borne across millenia of yore. Soon they'd charge up and into a vat of synthetic porcine marbling and self-aspirate for tissue injection.

I have to tell the babies when they're dead;
It's all the universe needed me for.
It's like bending horseshoes into poodles.

I find survival with access to jets.
Clown white before complementary drinks,
I take my hotel suite and sob and sleep.

I am totally hypnotized by cock.
The Pharmers pay me all in stock,
But I tremble at the size of their teeth.

How could I cart a young husband around
Near parents glowing with hysteria--
Explaining that he's just my Playtime King?
by cap'm at 9:05 PM 3 comments