he ground his teeth so
much that his skull split

tight urbane stepping
in a crowded square
by cap'm at 10:00 AM 0 comments

erybody say
just relax is whut
you cn do nau

a relaxed paradigm of glass placement

The point is to keep the same kinds together so you know how many you have of everything, and beyond that, the exact positioning of glassware can fluctuate and flow. It gets grouped in the random order with which it is retrieved from the dishwasher and set according to space availability, clan and whimsy.

With this new rinse agent you really relax and feel proud of your barware as if lifting it from its packing tissues for the very first time. Putting it up has been replaced with a perpetual safari for the suitable place, always ready for painting a baby's room blue or pink.

You can't say even harsher chemicals haven't been involved in the soothsaying. This entire machine needed a rutting out with Lime-A-Way. Now it can fulfill its open purposes while working less hard, and with less hard water residue. Minerals may begin to regather.

Drop what you're wearing

Because of my pseudonym on a sex site, a whole family called me John.

They called me John calling from the kitchen. They called me John when all the wives and girlfriends were kissing their lovers at the table, but my compudate and me were just sitting in place, even though he had voted Republican and earned the right to make out with the rest of them, they called me John in their minds wishing I would just put out so they could go on with their lipid mixing, noble attempts to found a race.

In time they called me John when I whipped around a corner past them, calling out the windows of their F-150's, slowing down, thinking I could hear them, that I would respond as anyone would to a name. They feared that "John" guy in the small town when I called to complain about the utility, corner shop, hay broker. Everyone seemed to be connected by clan and known by a monicker of Christendom. Why didn't I recognize mine?

On a camping trip all the kids ran past in their boots and down calling out John come and play war.

During cocktails but before wine when we'd go and disappear into compudate's boudoir, he didn't know what to call me, and we didn't care. It was prolly just the two of us there in the entire county with that kind of romantic flair, but no one was counting. What we would wear would be dropping.

the hag and the sheriff

thing in the ivy

...and because it was crawling up a wall, not a lot of vegetative girth to explore. Still, in these months, you can't quite see all the way through-- whut's a sprinkler head, a totem of bamboo. Her face, green with black highlights, seemed a shade between imagination, voodoo, amphibia, a forced dusk. He could have been a tiny human, tortoisine, a kitty, cobra, otter, fake that the pups were poking and fussing at. I only saw a composite projection of whut Braino was able to slap up based on profiling. 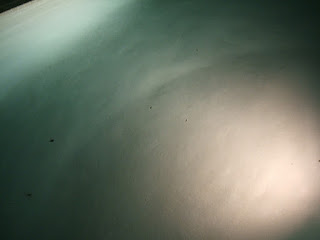 Wayne finally decides to be quiet about what's ailing him for fear of being robbed in weakness. Where before the loud complaining mostly served to warn how coming close could be a risk. In that much pain, while strong, he could have snapped a man's wrist merely expressing emphatic politeness about not wanting anything but an ear. It eventually gets bad enough to where you have to be invisible to anyone who might think you've already taken up enough of the available resources. While nourishment can be renewed illimitlessly, yor whut's not sustainable.
by cap'm at 6:05 PM 0 comments

Just by busting a set of moves from each of the past three decades, we
Were able to reproduce crotch flora thot no longer to egziss in the wall.

Yor date on a night like this might mistake you for a culinary clown if U
Start with a romantic fish tureen up in the Vista de Arcos apt. complex.

But 3 pumpin hitchhikers and a roun-da-whirl jacket shiff cd shayk him;
Baybee juss letchur freak of another natchur come on & sign the registr.

Please apply to be my body's lover.
Apply yr thick black, black black skin.
Come to me as soul that wants another.

Because you seem to be able to believe
almos anybody who could raise the boo
shit lever, i pitch on my knees my cover. 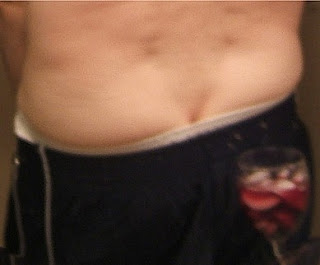 I was just thinking how I'm resenting, maybe unfairly, all of my bitches lately. At first I say I'm turning over a new labia: never again will I hang my time out to dry on some lowlife hohoo ain't even turning tricks. Who think she can survive on my jism as a fix. Not so. Cuz that's too rich a treat for dependent mthyuhz cayn even work beyond her lips fer a snack o' some food stamp points fr the lil' baybeez. This is an economy fr double income, high rolling self starterz who can share meat as well as preen, luv. You got to have something equal to give if you gettin the biggest dickhead you ever seen, luv. Adoration don't make the queen, dove. She gotsta have a trade outside a shade an speckin pay in diemunz, mthyuh, cuz my preservation, above all the othyuh, is whut I spen my day lovin, not yo ass-jaded ball inspectrz with meterz on they taints an credit scorz like teen-mom newlywedz...

Officer of the state

I think I'm just doing my duty. If I had a family, it might be different; I'd just want to keep them safe; go ahead and compromise my privacy, trespass a little, okay, cuz if I started complaining about my "rights," I could be taken away and my kids left half parentless. I am just responding to the mechanism that was implanted in me when I myself was a child about standing up for the constitution because that's what makes you not a greasy foreigner, and what else do you have really, especially without having spawned another generation of weasly, selfish little eels.

Tom
"After all, in my capacity as technical college instructor, I am an officer of the state."
by cap'm at 8:15 PM 0 comments