Strange House at the Mouth to a Windmill Farm 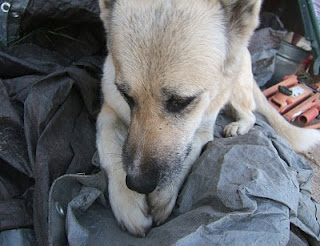 The bitches' ears go back; they stand frozen in poses of toe-testing and finally sink like sphinxes into the sand.

Puzzling behavior is often the result of sounds inaudible to the human ear, yet tonight it is still as a lake bed.

They can hear much farther, other packs, the highway, emptiness of radio waves bouncing against their heartbeats.

Like bats, their shameless emotions are broadcast and return as a map, but a monolith, with all space filled in.

As you walk between buildings in your black cap, far away from here, my love is a beacon that stuns me sleeplessly.

We can all still smell the jetsam of your last moon on this octant of the planet. The room and land have turned strange.

In a wide mountain ditch carved by wind and absences, a bowl of gases, sits a house where dogs keep the vigils of men. 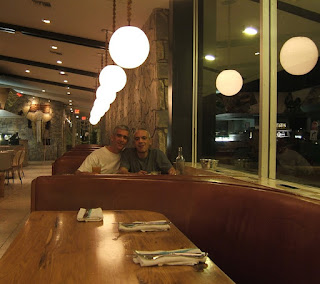 You are anticipatory, yet
you want the days to undulate slowly,
even anxious to reach a day that's slow,
so anxious that the day grinds by.

We thought time was the
difference between today and tomorrow,
not how you resist or move in space.
We were wrong. But are we dorky mimes?

Two nights now I've fought a permanently
duct-taped vacuum hose, a sea monster or
reef, after only one and a half strokes.
I am not comfortable with my nose underwater.

The pool in that house is for show or
soaking, not to swim. Only the Mexican
understands this. He came with his
blower at 6 AM, or wasn't that him?

Now that all that was mine is repossessed,
Water stalks me, even as I try to stand
free, to remind me perfunctorily of its
disillusion and ravaging suspensionship.

Where are the bats and leafy, hairy flotsam?
How can toes scribble nonsense without algae-
filmed walls of bathroom tile to record each
grateful and confident, leveraging touch?

You and I look to swim in each other, fools.
There will be better times when we cast a
glance backward and see what we've written
in these caverns, once they are still. 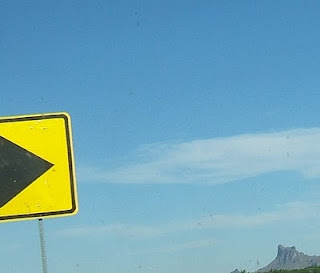 Ancient mulatto news anchor and his wife, a K; What kind of messed-up children would they lay? Therz mixed-up situations everywhere; We've got them coming at us by air. We've got to hit them in their nests, where Peg and her assassins rest. I see The Chanks one day with clear skies and no grid, no worship or fear. Devils hide above; wisdom rides alone. We will set bait and track them down. Wayne [Disassociated]
by cap'm at 3:40 AM 0 comments 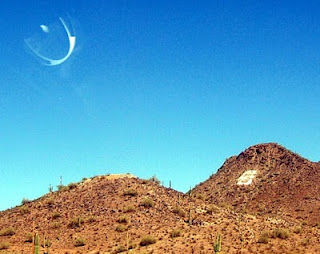 We take in swarms from the windstorms
, give them stillness and warmth, and lay
out glue traps meant for much bigger an-
imals. Everyone is seeing apolyptic mean
-ing into anomalies of nature. There is no
other way that is non-toxic to our genus.

They struggle themselves to exhaustion
and then maybe fall asleep or just sit th-
ere pissed off and starve, helpless stiffs.
Their numbers show how our own lives
depend on killing off as many as possible.
They seem to prefer living sweat even o

-ver shit. Sugar draws few. The smell of
sliced ham poked into the grill of a zappe
-r lamp just makes them crazy writing t-
heir names in the air and lighting on any-
thing but the fry tubes, though now an a-
gin the pups jump at the stray execution. 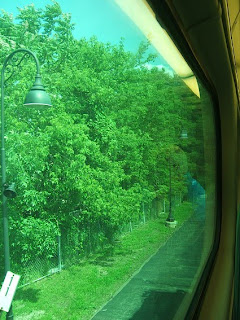 Dipping this far into the evening
makes my circulation pound
from fright of undermining the
security of tomorrow.

Sleep lost is death wasted.
I've got appointments with
shivreps in the morning, so
I can't bash the establishment now.

I only know that Missy and I
love one another the more
certified I become, or now that
I'm washing bowls things seem in order.

Without her really I'm em-
bedded in meaninglessness.
Or is it with? For technically,
she has yet to be assigned a significance.

I've been a failure, everything I've done.
At the time it seems like progress, but
it's just a move from one to another failure.

We were going to preserve these gods
because they were real and when we
saw them, fantasy turned obvious.

Of course, there they were. And could
be saved with parts of machines.
Musculo-skeletal decisioning was first

piloted in glass booths with heavily
made-up flakes so we couldn't see
who we were killing. Problem was,

None of them died. After swatting
them together like dolls, they were
broken and mascara splattered.

Now they've bred their sticky
progeny, all coming up through
escuelas monarcas to join the

last of the real sky lords
and be flying maybe remote
control gods but not controllable.

They are not completely controllable,
and the real ones are dying. In our
medpits. It's like they're over-fertilized.

They spill a purple glue
flakes have taken a liking to,
up to sacrificing their own

to collaborate with our project.
Though I'll lose my job, seems
like the only thing to do now is

hose down the old biddies on the
death march, and let them out to
see if they or their epitypes win. 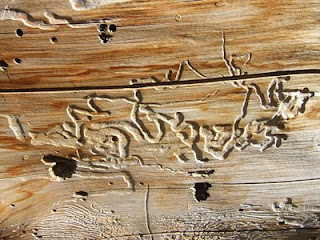 A semi-official, I haven't rose through the proper channels.
I feed in these unmarked pissholes. Freedom breeds suspicion.
Whenz my release hearing? Am I on semi-auto till doomsday?

I don't suppose anyone could fly me a lead pigeon;
cramped as I am, even by the wild, I crave noticias.
Mis vecindarios hoy son rocas y charcos de vomitos.

Or just return to me my Reptily braino. Therz too
much longing in these woodz. Where is the camphor
oil of my abuelita with the shimmering tail? Aiii!

Half Missy, Half Preservation Society
by cap'm at 2:07 AM 1 comments