Clear in the middle of the preserve sits a Hut of Saints,
Where you can go and behold figures of the Holy rising
From a species of Xmas tree wheel projector or fire log
Simulation; There goes the Admonishing Spinster: look
At me, my hagg'rd creases, take a clue! Now th' Soulful
Maiden, in habit ascending like a rocket, so benevolent;

Therz th' Chama, Reptily, the only topless one, a clayish
likeness but for her breast; Oh Chamalamalalahamacha-
lamalachamalalahamala, the living one, where you roam
is our peril and our fate, chalalalamahamalala. N' behind,
a dog sillo'ette, waving up across the tied stick and hemp
string structure singing in a Squeakin' Hula with the wind.
by cap'm at 3:46 AM 0 comments

Carrying a pallet of 24 gallon-sized water bottles on my back, the sun was so hot on the cliffs that i swooned and lost altitude. I have to slurp this fluid with my beak tip and tube-like lingual cartilage. These are just steps i take to get through my laif, not complaints.

My constructs have recombobulated. Daytime seems like a habitable place turned inside out. As long as i can pray and rub the shivstone, i'll send my worry through the heat of my fingers and onto the drum of Absolute Space.

The future can still exist without my imagining it. As soon as our religion was deemed unnecessary, hoards of cynics flooded in to take over the pastoring of the left behind. It left a few of us adrift, but with a true faith. 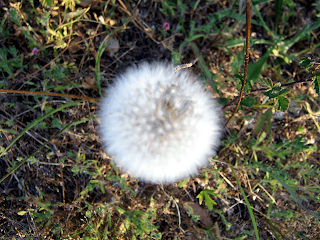 Pig of Depression, you leave my spoils in the corners of the cave,
Pig, lover of chewed bones, ignorer of pain, moribund of memory,
Bloated pig of feeling, hog of medicine, retriever of soiled food,
Pig of static desire, pig of selfishly unrequited want, self-penned.

Pig of immersion, happy wallower, knowledger of damnation and
Doom, freezer of food and peristalsis, forager of discarded archives,
Snorter of...

Can you just stop it for a moment, Donna?
Whut. It's the Bhagavad Gita.
No, it isn't.
You think I'm...
Yes, yor sitting there with yr pipe just chanting extemporaneously.
I have it memorized, I...
And you are using my knuckle as a worry stone; it's nearly raw now.

Yr right. Guess I'm just feeling a little low.
Have you thought about doing some housecleaning?
Do you mean the bastard who killed Connie?
No, I meant actually cleaning yr house, but... go on.
by cap'm at 1:16 AM 0 comments 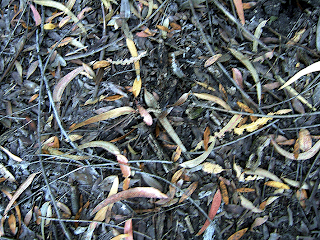 Donna poked at her tobacco bowl with an ankh pin.
So you walk in my sleep?
What? You mean you dream of me?
No, sometimes I open an eye and catch you streaking by on the tile floor in your socks, ninja. You yourself have reported certain nocturnal peregrinations that could only have occurred among my delta waves.
A white mustache of smoke gave her a veil as it rose. Hoolie listened to the flock of windmills cooing beyond sight.
Our bodies --and moments of shared tragedy-- are the thin yarn that in those two places binds us, allows us to roll sharply forward like a squared, spongy wheel.
On the contrary, I believe it is our love of those not present that keeps us in moon-like orbit, that wobbling, borrowed light of lost knowing.
Indeed, her name is tattooed on your wrist as well as my ankle.
Ink is the murkiness that follows. Connie was the miracle, invisible.
I can't see you at all now.
But there's been a Perseid every 15 minutes.
Someone's turned off the bathroom switch.
It's on a timer so's I can check the color of my piss.
by cap'm at 10:35 PM 0 comments 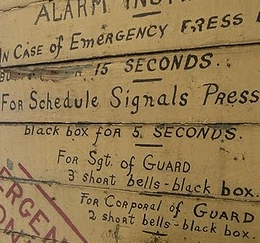 I'm not in a space-step program. I work hard; I am highly functional, as you've seen-- I am highly functional in defending myself, outcomes aside, hardworking in my own defense, just as I was highly functional before I began to have to defend myself-- and then I was hardworking my functions for the good of the flight school.
When you give me all theez rulz and regulations, train me to strive and try, then wipe everything aside with an arbitrary decision, I get double vision, I get religion but it's upside down right then. It's a dog and pony ride, but my ass growing wide on your office chair means I participated. My spread is your bread, baby.
Cuz I chose this grinder to wind me down, I guess I have to spin in it, find the swing in it, and do my thing. Drown. As in a blender. From all that I remember, it'll be like my hometown, the one I scrammed from when my shoulder bones started poking holes in roof sections. They were tender. Now my life itself is deregulated.
Missy
by cap'm at 10:26 PM 2 comments 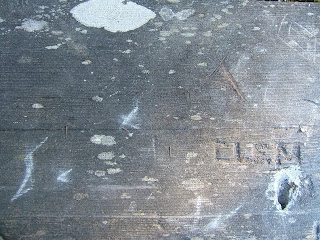 Dear Clem,
Ted called and sang a portion of the Patty Duke Show theme to me on Sky Dispenser today.

A group of chillun from eight different countries sang a few lines of Happy WD Day, must've been about 900 ovem.

You know I'm not sitting on my thumbs cuz I'm typing. But I'm also not dormant off oracle. I think I am ever closer. How do I know this. Because I can see a hooptie in the driveway and you in it. All those seats and ashtrays, but you come alone.

All my power is nothing to you. You had to be borne of the same womban as a certain mulatto news anchor with blue eyes. Was he singing through the station next to your beauty mirror, or his? I could see the little glamor bulbs in a square.

There are candles burning in caves everywhere for my Connie, my Hoolie. Maybe they've grown up and can see the light. Hoolie said when he was six: "Aunnie Clem say you a inter-special anomaly, mommy."

No, I won't be dropping the lift basket this evening. Don't even show up again without my family in the vehicle.

I sit in the back pew of an empty Episcopalian sanctuary with my
degradable plastic sack and its transparent cellophane wrap on
laminated cardboard, a box of fourteen aluminum packets that contain
low-porosity, curve-cut moisture sheaths laid over 21-mg transdermal

Nicotine glue patches. A swell of lemon slavered wood and illumination
on cotton paper holds at length sweet iodine eddies from the chequered,
florid lane, and because there is a concert in town, the pungent squalls
of faker hippies curling along on mushrooms or methyl-amphetamines

With their costumes, Goodwill hunting and baby straps. Ceilings this
high create micro-climates in the dust-rayed suspension for door mice
and death moths stuck in the water tension of puddles in stone-columned
receptacles. Alone with the crinkling flotsams of Man in my lap,

It doesn’t seem to matter what might swim between esophagus and
lung. Only my lips will breathe this prayer, only enemies and friends
in far-flung orbits could form a basis for presumption or explanation
for why I’m here, but I’ve no known knowledge of my excursion

by any human ear. Tho I may detect the shriek of a suparna high
above the painted metal beams and glass of the cupola, it does not rain
fear, only static wonderment. I strode past shingled cottages, against
the backs of doorstop Buddhas in the creeping hindo-communistic

Aesthetic of the university neighborhood. A declassified man on feet
naked but for tar and sidewalk gum, with folds of cash and dreads and
beads pursued me chanting fumigation of indians by cigar store regulation
and the osmosis of their reservations, and his speaking slowed me down,

Gently forced the diversion that led me to a street that opened between
some trees where I could spot the steeples and the dome and its ribs
caught up with kite string and palm fronds and blanched bodhi skins
teased by saline winds seeping from the bay, which keeps away tsunamis.