by Hoolie
"Read to the music you likely hear accompanying it in your mind."
by cap'm at 6:53 PM 0 comments 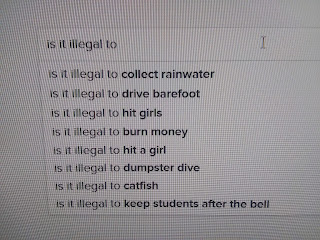 Kick me out, and keep me out!!

I should have known there would already be a gay Paul Bunyan & Babe the Blue Ox series of X-rated adventures.

The reason I didn't know is that I hate reading gay fiction as a genre which of course also makes it hard to write both since I hate it and also having to reinvent the wheel.

Lesson: Every wheel has already been invented. Playing naive nobody will buy it. That you are so un-read. As to have no idea about it and also arrogant.

Once again I swear it's alright if you want to cancel me do it now, eat me first. I want to take full advantage of the benefits resulting from catastrophe.

I'm a dropout. All my training has been direct and in the field, them or me, and when society was a child. A man's got no choice but to go it alone when he knows that

Any group he joins will have a remarkably similar percentage of bullies looking for a long-term relationship, and they will smell you and they will come to you.

Better taking them as they come on the street or in an office and take them unsparingly, as if your own life means nothing to you, in fact less to you than it obviously does to a bully

Neither those who are infatuated with you nor you yourself are a gift of or to society; we are the necessary triggers that build natural defenses that make pearls from

Grains of discord, hot with hate, covered over by hardening slime, an anti-semen, shadow excretion that enrages men, makes them crazy for about on each other.

And then there is Paul, alone with a super-human animal, which says it all.

by Ilyn
(and Shab, of course)

My instrument will not play. It is
rendered useless without the proprietary software packages.

Momentarily the keys tooted like a "funky organ,"
then nothing, and all other sounds followed

all music, no matter the source, was
ravaged

how ravaged was it you might ask?
I would say very ravaged.

To the point where the only sounds were
created by the cooling fans within the console itself.

We ask how some of the tenets of houseist theory can be extrapolated.

A houseist might set accessibility, for example, as a special category for cleaning evaluations. Orderliness or what we normally think of as orderliness does not necessarily apply as a best practice here. I know where my phone is because it's in the phone place. The phone place doesn't need a sign or assignment in either physical or digital worlds. I can't keep my phone place on my phone, for example, because it exists in my mind, which is after all a perfectly legitimate place to keep information especially when situations are so fluid as to render hand-drawn signs or even typed file names instantly moot.

Having crap all over the place can make good sense during periods of uncertainty and flux. However, be mindful of how widespread that crap and how big the sides like stress level to maintain it for long periods, especially after the bottom layers become resolved and have achieved waste or archive status, where the norms of "cleaning" kick back into place.

first there was the cutest baby cardinal, big head
hopping in grass cut to his bib

then the warning came out take cover now
went for a walk, fed the dog

south side windows were sunny
in the north clouds were sucking

it's unstable, yet the babies play
we agreed to don masks

but also adding mimicry of foreign accents
and false mustaches

and you live there letting others love your
life, can't hear your cries

but the context baby is previously owned
they might seem delusional

but this is our home, in their sleep. wait
a bit longer till they're gone.

by Peg
(Petty Entry-level Geriatric)
by cap'm at 3:35 PM 0 comments

Seeing Red, Except It's Blue

even smiling, beware the
words that only sound good
singing

no me digas
que no me quieras
mas que ella

We manipulated a web learning object
that had been set up to spell your name
using negative adjectives about people.

each adjective came with a story card
that created a comic strip about you
based on the spelling of your name.

but then we quickly realized we couldn't
play drums and breathe at the same time
for example. We also began to hear spirit

pipes of the ancestors, and when the
spells came, i recognized that i was in
fact dictatorial obtuse nerd nerd awkward.