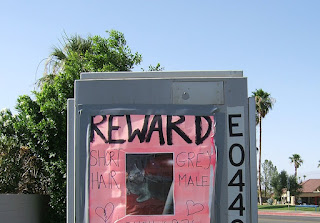 Must have been 36 hours now a tabby cast this depressive jinx on a whole house, me, the dogs. I lay here unblinking with one hand up near my head poised in soft clenching just as, in the unmown grass near the hedge, did the cat. It's as if my bones'd been tentatively crunched like Kaintuck fritter in the teeth of a strong little bitch who wants to help her boyfriend put me down. He's at my neck. They've frozen to create a vacuum for my last breath or thump of chest tho I'm already blown out.

After at least a day of heavy brooding on the couches I say to Juniper sarcastically, "You the hunter, boy." Jumpy or abash to be urban, he stretches on his rug, catches sight of himself again in the glass fire door at the hearth and sits to stare, hyper self-aware, not just grinning, really trying to closed-mouth get his mind around the reflection. Don't know how you can stand to look at that, I add, aware of the projection. Then I turn to find a small praying mantis resting green in my bare leg whiskers.

Because I have PTSD from bad dating practices, witnessing a violent death and having to make manly judgements during and after can put me in a momentary tailspin, meaning a vortex of moments, visual playback, empathic shock, and unattractive tightened jaws, accentuated jowls I see now in the 7-ft mirror I had just installed in the master bathroom, which is prolly as big as someone's bedroom. I realize I don't know how I look talking to others because I don't ever watch myself speak.

I lift and drag it onto a black cloth wearing elbow-length, heavy-nap, dyed suede garden gloves, and I have never felt death so warm and fresh. LaLa and Juniper, strangers, had to be jabbed at with a push broom to relinquish their vigil and project. Cat had already taken hold of us and we were closer to mortality than we thought, or that's what we felt, when in reality, we are healthy and renewed. Or it's just the bloom of surviving that comes over you to help with the wounds, after a kill, even if you haven't any.

There are stages of waiting: for the end of dying, for the lack of living, for the weekly garbage truck that always came yesterday. The first overnight, cat spent growing stubbornly more still in a loose wrap on the garage floor, in a high-beamed room for two hoopties, with shelves and appliances. If I'd intervened more, it could've lived as mangled, expensive remains. The gentleman at the Ministry of Humane does not refuse to schedule a removal, but keeps repeating, "It'll be okay. Just set it in the barrel."

Waves rocked me at the shoulder,
try an shake in some sense
as i wet, floundered on the steps.
Standing back allz IC is beauty, green, breeze.
The surface of the plaz'm
is a funny color, a single layer.
Keep on like this mean
I'm a tire, can't stop, only slow down
to keep me in ribs, this tub.
Have 2 look back N laff. 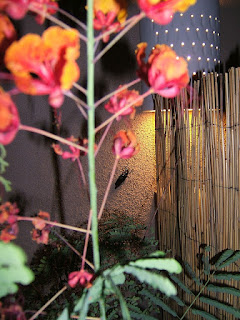 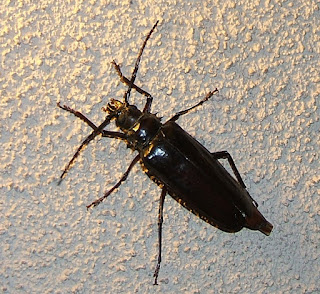 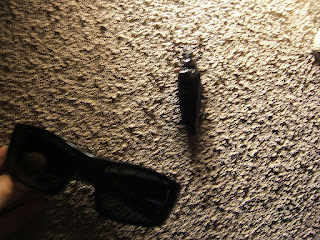 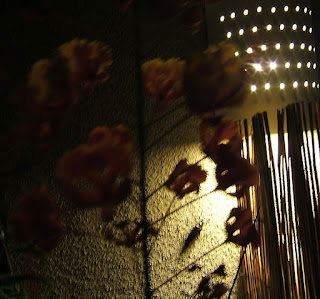 Race Against Time Against a Timeless Place 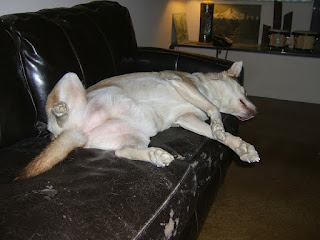 Maddening waiting, stallers, obstructors, judging
you don't encounter here, except the atmosphere,
air going under tires, flatiron rises, fan of still water.
It's a ghost race against time against a timeless place.
by cap'm at 2:07 AM 0 comments