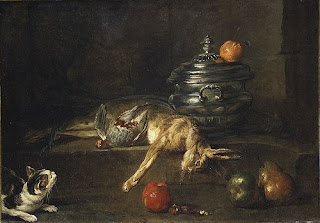 Without flagellation, you seem to want to sing wry about the microtubules that never got through.

Too bad that the flaw means the culling of only a few. And the gravity of the day when you share them.

Everyone, meaning I, knows that the final result of surviving your method is a gateway rising lighter than our atmosphere.

from Mike's personal prayer blog
by cap'm at 11:18 PM 2 comments

A few moments ago they held our last smoldering expression in this town; now the ashes are heavy dirty, a prolm for waste removal bureaucrats.

A smell like something that was once good. This suitcase, a gift from someone now long dead. We hate moving in a caravan enough to give shit up.

We hate blanking out and never waking up enough to relinquish every item made of atoms that we owned, every flake of gold turned up or down.

All the messages a man can send, each particle of tint or lead. The only knowing is locked in metacarpal clouds, bruises that shine the light off silver.

Broker went or gave the keys for the house across the street to his son or associate as a holiday bone. Shadows from the fire pit were hula-ing well above the 40-something ficus hedge. Donna says she feels that life is trying to squeeze her out, not the road narrowing. Families that still float don't even have to curb their dogs and might even kick yours on its leash while they eat. Problem comes when a primate or pug doesn't recognize a distant relative, only sees red and Dr. Thong.

Loud bankers and sons or associates, some shrill women. Then did they start passing out or learn to drive themselves home on backlanes. Now the trickling blaze becomes less a vigil or moon and gives way to someone who's got our main energy source behind a bathroom door as her nitelight. The great eyelid over the valley begins to unstuck, but sickly. Donna keeps pounding out "The Doctor's Prayer" even though she's just a flake on a test how bongoing can address anxiety.

O Mthyuh I shake beads of your monolithic face, chips of stone, not even teardrop shaped, in a cokecan rattle, army pail. So well i get the need to bring the sheep along a path to rest in nothing that will fail, i won't ask you now the way because your meaning is too deep for minor aches. But could you put me back to sleep? I've gone ahead and healed in by for of your name and acknowledge that the whole reason for a doctor's prayer is humility in the face of abandonment by higher beings.

my bitches tried
and found me
inconsolable.

the fact is I
am a sincere person
who only wants

to help the needy.
I cannot find
self-esteem in any-

thing else, not
even drink or

pussy. I am a
disturbing
freak of nature.

mordon holy star
if i were on my dethbedd
by cap'm at 9:52 PM 3 comments

We plucked that folksy rich and poor line back and forth like a gi-tar chord, and the sound of all twelve strings
making a choice between high or low jangled the soul because we didn't know how we'd ring up the next meal.

It jangled the heart when we couldn't figure out how to get the BBQ grill in the trunk, and the real crystal pinot
glasses we gave away, the giant kind that miss october might be cradling somewhere bountiful, rocking hope.

It seemed like our sleek system for working the land and managing a certain chic was falling down around our
stetsons and turquoise as a bunch of feathers connected by rawhide to a roach clip tumbled onto the curbside. 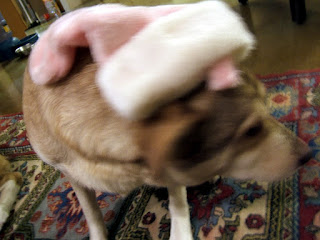 ICE CLAW was spotted having replaced the sun like a crystal bear jumping up and over the tooth-full mountain peaks that keep our valley in a hoary shadow...

ICE CLAW seems to have ripped open the stone floor of our habitat.

ICE CLAW cannot be trailed anywhere because he's so giant that he's always pretty much right there.

ICE CLAW's hand is often stuck at the center of lurid posters.

ICE CLAW is not a way to get ice but rather one of ice who gets.

Phyllis, embedded (coming up for air)
"Dial your emergency number now."
by cap'm at 11:31 PM 0 comments

sometimes yr wrinkles take on a heavy
dropping pressure against the skeleton.

you need to fling an eyebrow scrotum
backward just to see whuts up ahead.

or in a convertible, scarvs on yr chins,
some flaps of manz largest organ coul

-d fly off cracking loose as in shingles.
Giant tissue boxes and chili canz that

used to be marketed to the Y (MCA)
chromosome alone? Nau gone away.
by cap'm at 4:32 PM 1 comments

all wound up together:
salary, bills, sweater.
tomorrow will be a
vital, go-getter, cap-
throwin kinda red letter
down at the polar station,
each of us a spinning oven,
starch packing away the
dark, and symbols hang as
if houses need earrings.
once real bells jiggled pies
on stone sills with noble
iron peals; now decentral-
ized gels gazm coldly to
signify true material clashes.

Even this innocuous posting was targeted for removal by the Mthyuh Preservation Society. FUERA, CERDOS!

We bring you this instead: Juniper responds to a fake-fur xmas stocking and having to wear it. [click image]

darling, you have me leaning over on my elbow and shoulder
musing into an evening of psychedelic projecting
about whether to keep our hope a smoulder, or make it
die in spectacle of effect all during one big affair.

spiky pines barely darker than the night to the West
come out in relief when there's a shining saint to shine
this wild hypocritical mayhem festival, cannibalism
good thing the right drugs have trickled down to the kids.
by cap'm at 11:08 PM 0 comments 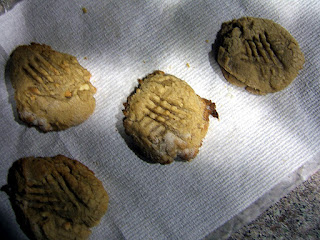 less cholesterol, more trans-fat; your low income family will be highly compliant
by cap'm at 1:35 AM 0 comments 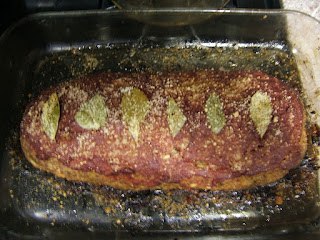 Reptily and Peg are walking their dogs downtown on a crimson sun day.

A light rail tour craft and bio-powered "U-Perp It," perpetual machine that runs on a series of human lives, collide.

Reptily draws a leash up through her glove, and for a brief moment a fat little white bitch is hanging and choking over the plaza stones. Then just as quick it's safe and sound against her breastplate, if a tittle out of breath.

REPTILY: You know I can get into talking to myself like a waitress at Cliff Suites when I finish a 1.5 liter plastic jug of no-label scotch-- "Good job!" or "Wow! I guess you didn't like it, huh?" But I would never-- ever-- carry around a valium jones or have a valium jones monkey on my back if I was gonna be any day the vestal virgin of all the chanklands who is supposed to be the most serene of all the glandular mutations we've seen since the filter came down. And I am. My mama and me are going to rule the sacristy with some protective gloves on. Now if you in the public, I suggest you get up to the temple and watch my slave brother Ilyn go head first into Mthyuh with his red afro burning. They call him the albino cannonball. Believe me, he's had a bad day... he'll be there. Now go. Go. Go on.

Peg and her prize run stud, Bill Naughdon, slide in ridiculously elegant gate toward the jutting figure of the Mthyuh against a throbbing coronary 6-o-clock summer sky, a peak that makes all the skyscrapers rising up on either side of a woman and her dog look like palm trees on an island with a view of mount fuji or burj khalifa from where diana ross might've seen it.

REPTILY: OK, it's way better than OK. It's my house, baby. A candy cottage. While we fatten you up behine barz, you can eat the roof and flooring.

Awda prees made her a ceremonial parka called a Flying F-Suit. It mocked the fin-like webbed spines rising from the crown of the K cocks and their awkward, remote-control ability to clear ground despite they priusnear chal weight. The winter version of the garment cast a squirrel-like shadow when she'd pass over the rooftops and center stones in the hives or up against the superchanks and their cave holes at sunset. It was a beloved sight, but sometimes worshipers didn't know if it was the Chama or one of her security mannequins. Every year, a dummy is shot down by flakes or caught in one of Mthyuh's middle fingers of flame.
by cap'm at 11:10 PM 0 comments 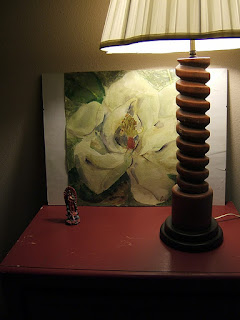 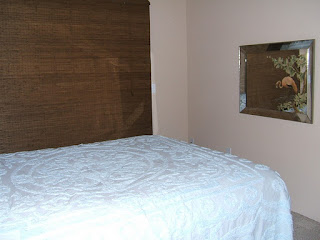 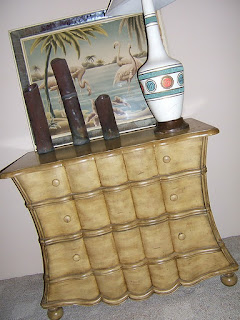 they call you a gas guzzlr,
they say yor out, an
awl thye syuddn
yr ina mthyaphukin orbit

yu caynt yet getchr mayl thayr,
all yr stuff is in boxes, and...
an yr hair looks mentally
ill from n-x-s of home cuts

all you can hold onto is a den
of freaked out animals and the
shame of prescription shampoo;
where is the world spinning to?
by cap'm at 1:01 AM 0 comments 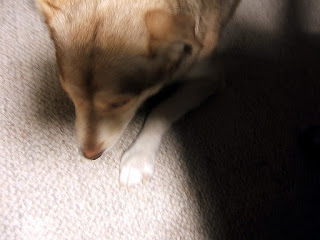 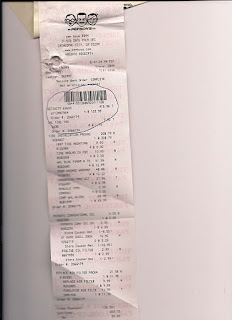 whizzing past Stink Lake on the Bladder Dip
gas baby got restless and bucked at the wheel
you just wait devil pup your turn to burp, flail

mama's got a shimmy needs reducing for free
tho its counter-intuitive, go heavy on the petal
as if to say it's hip to coast in on silent fumes

handbrake of sticky vinyl, stripes that we paid
ahead based on our regional weather patterns
back then, not caring who'd snag us by radar.
by cap'm at 12:22 AM 0 comments