My Advice to a Stripper on his First Night, 8/20/08, San Fernando Valley

I hear you've been in training, it's your first night, congratulations.
And I hear what you're trainer is telling you, and I might just add
that: to let yourself move to the music, to let the music move you.
I mean I realize there's a certain set of motions you've got to set o-
ff to get your body moving and the right parts of it and that's okay
but sooner or later every dancer is going to develop his own perso-
nal sense of style. And the good thing is we like your bodies so it d-
oesn't matter at all. Do you love the Pegyuh? Ga-halala-la. Lalaha.
by cap'm at 9:52 PM 0 comments

Do Not Forth Call Pegyuh 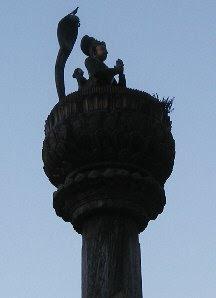 The darkest beacon is most powerful for it sucks. Dark beacon need not call; beacon, a dark one, just pool you in. Muhalala-beacon. Muhlala-lalahala-lala-lahalala-beacon.
by cap'm at 10:24 PM 0 comments

Peggy had a lucid moment while crying and grabbed for the camera. She placed the orange-faced, puffy, actual tears falling pic on a swinging singles' site she'd been frequenting. There was no answer, no comment, but that seemed to be the best of outcomes. It was meant to be stunning, not icebreaking. She hoped it had killed everyone just for a sec. That would explain a lull, an angel passing over, but not this total banishment from the play sand. Then she guessed that whatever good the photo had done her fellow shivhole lurkers spiritually, the effect had priusnear reached its peak. And she needed now once again to attract flesh towards her.
by cap'm at 9:55 PM 0 comments

Please Note:
Many of these entries should be encountered with the background of a thudding, bumping beat. Damn if you dint tip the muthuhfo-cow fitty dolla fo he letchew be da DJ!
by cap'm at 1:31 AM 0 comments

Once in a Hole 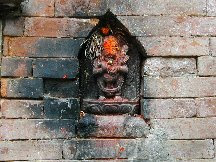 Once in a hole the ancients used to pass drugs through to the next cavern, I heard the ritzy neighbor lady screaming, wife of a famous author, not really screaming but loudly, loudly speaking: "What a bunch of shit, honey. Well. That's... what a lot of shit, darling." I believe she was speaking to her daughter, who could not match her volume. It occurred to me how that kind of feedback could have been helpful to one in a place, at a time.
by cap'm at 12:37 AM 0 comments 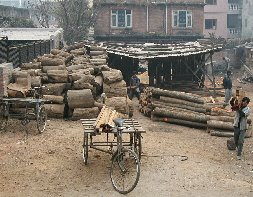 The front-line shivic reps are often culled from the lower socio-economic levels. They are fine for convincing their own compatriots in their own jargon to submit to the policies and behavior of PharmSupply. Then it goes on to Supervisor I, who is often just a custie-serv who has been able to weather worshiper abuse for longer than any of her colleagues and can be counted upon for her pleasant and determined contempt for the caller crossed with a very effective vocal and rhetorical method of inflicting maximum pain while leaving no visible marks whatsoever.

The highest level reps are cool-- people you wouldn't mind hanging out with or at least wouldn't have a panic attack over if you were stuck with them in a buffet line at the stone of a mutual friend, for example. And you are more likely to be kind and considerate toward them because it is all the more likely that these persons actually are acquainted with someone that you know personally, or at the very least that they would most likely be worthy opponents were the dispute ever to reach the level of Blood Sacrament.

Marco 622703
I imagined a weekend trip with his hairy open shirt.

Janine 622998
She seemed to have had a couple of kids at home and everyone else was the enemy.

Boots 622419
Could have had most of the necessary tools for bike repair in his basement. My best guess is white cotton briefs and tube socks.