Callous in an Odd Place 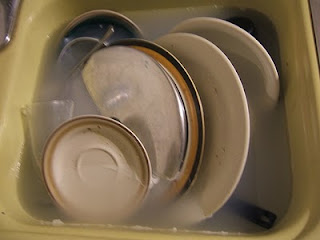 Donna's hut, carport and pool create a Tiki-style octagon behind the chain link fence. She can often be seen in knee-to-toe bells and a halter adjusting deck lounges. The parcel is mortgaged at more than three times its worth; one would expect it to sprout exhaust plumes and fly. True enough, a layer of hot lava sufficiently shallow to be covered in the mineral rights sometimes causes mudpots and steam vesicles to appear in the yard.

Donna lives in shame of her sun damaged forearms and ankles. The scar is a shimmry curt'n. The desert pulls at your blood through the skin. Someone has snipped your life stalk and placed you in a drying bin. But why the callous on the back of her thumb?

She was into fresh-juiced carrots until it turned brick-orange. Why should the most puzzling parts of the physique present so saliently dyed? Donna'd been at P-Supply U during the tenure of a psychoanalytic dean crossed with Jungian department heads. She wondered how she was somehow callous in an odd place. One would expect a life to form armament where friction is most frequent. Donna loves her girlz, has shared a kidney with the poor, and of another race. Of reverence to higher beings, one does not chafe from that which can't exist.

Could my linguistics background add something to the mix that would reveal, through language, a fallacy in the metaphorical approach? Not. Memory trumpets: "Phyllis, to tell you the truth, I think something may have bitten me there." Donna crammed a smoke in her mouth and stood to fold the chair. An incision had left the faint white jet-like streak on her lower back.